This fall, a five meter tall golden egg with a sauna inside lands in the middle of Kunsthal Charlottenborg’s courtyard. The golden egg titled Solar Egg is a sculpture created by the Swedish art duo Bigert & Bergström (b. 1965 and 1962) for Riksbyggen.

Bigert & Bergström originally designed the Solar Egg for the Swedish housing developer Riksbyggen to stand as a symbol of new beginnings in the town of Kiruna. The city is currently undergoing a radical transformation, which involves a gigantic move for the whole village. The art piece and sauna was created in response to a commission from Riksbyggen developing parts of the new housing in Kiruna.

Prior to Kunsthal Charlottenborg, Denmark, the golden egg has visited both Artipelag in Stockholm and The Swedish Institute in Paris, among other places. Exhibition period: 12 oct – 13 jan 2019 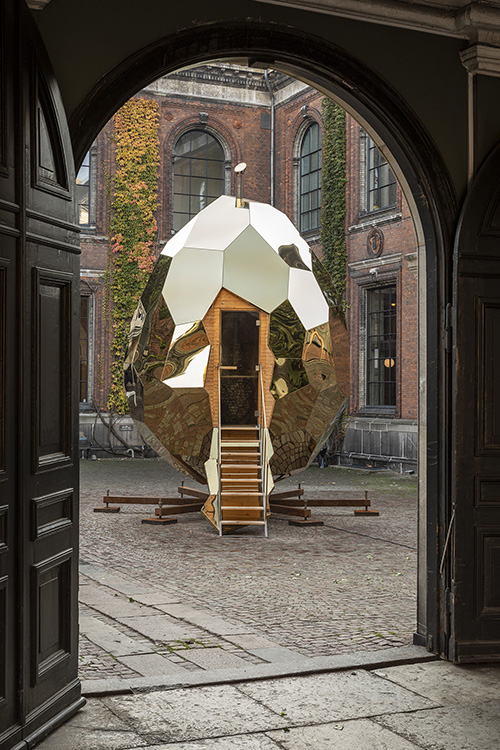 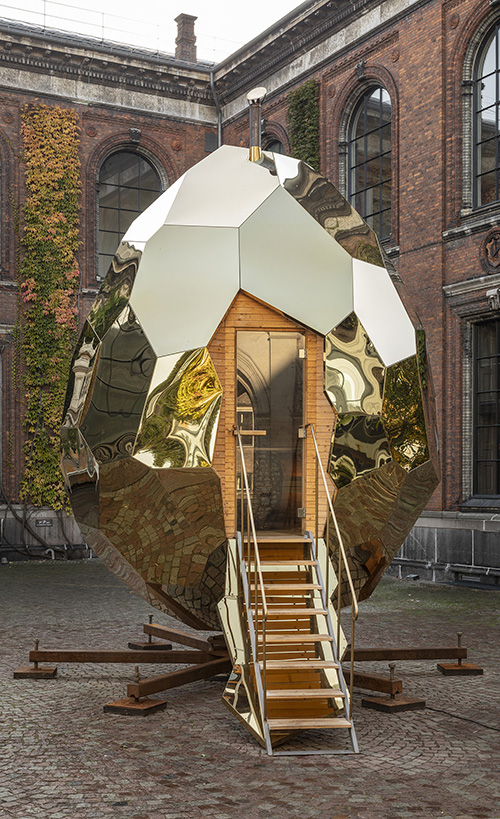 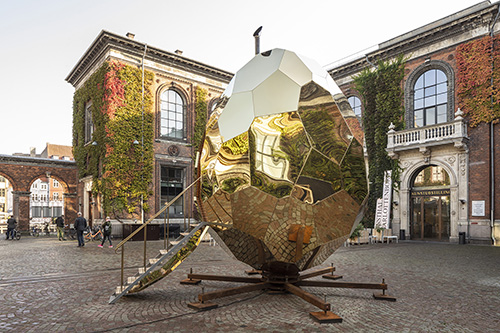