Parts of Stockholm were crowded when the Chinese ship M/S Zhen Hua 33 arrived on Wednesday. Thousands of people waited to get a glimpse of the new golden bridge. The transport over the seas has been delayed due to storms and bad weather.

The new bridge will be the main connection between the city districts Gamla Stan och Södermalm. There will be place enough for cars, bicyklists, pedestrians and possible traffic by tram. The golden bridge is designed by the global architects office Foster + Partners which is based in the United Kingdom. An earlier example of their architecture in Stockholm is the bridge in Årsta. The golden bridge has been made of CRSBG (China Railway Shanhaiguan Bridge Group) in China on behalf of Skanska.

The bridge is made of steel and is 140 meters long, 45 meters wide and weighs approximately 3700 ton. The shape of an arrow can be explained by the level difference between Södermalm and Gamla Stan. The bridge is colloquially referred to as the gold bridge because of the gold yellow color that it will get further on. The new bridge is a step on a long journey, the work with Slussen is planned to be finished by 2025. 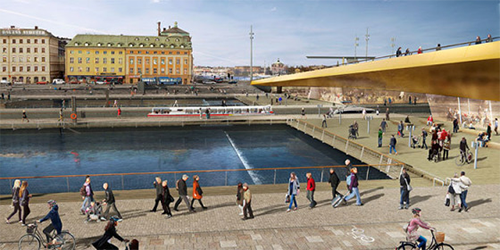 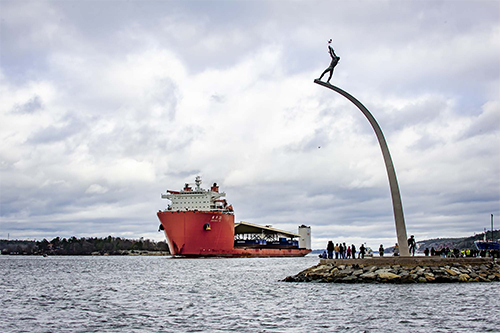 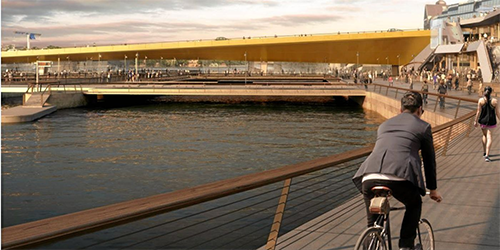